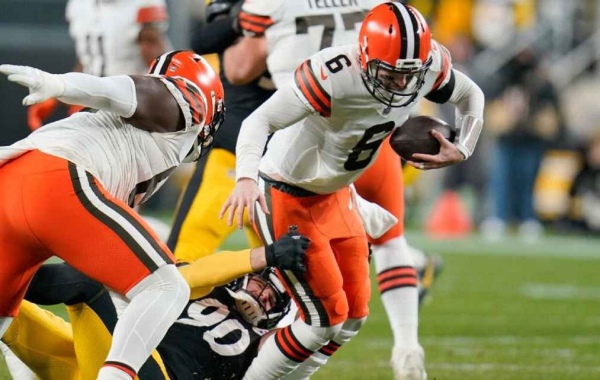 Monday was certainly a night to forget for the Cleveland Browns and their quarterback Baker Mayfield. Mayfield and the Browns stunk up the field on Monday Night Football, losing their […]

Are the Patriots the team to beat in the AFC?

The New England Patriots have won their seventh straight game after defeating the Buffalo Bills on Monday Night Football, 14-10. New England now sit alone atop AFC after their wild […]

Is the Russell Wilson, Pete Carroll era over in Seattle?

QB Russell Wilson struggled once more in his second game back from injury in a 15-17 heartbreaking loss to the Washington Football team on Monday Night Football. Wilson perhaps had […]

The Chicago Bears got hosed on a couple bogus calls on a last minute drive in a 27-29 loss to the Pittsburgh Steelers, but QB Justin Fields’ comeback performance in […]